Adding a carpool feature to

At many airports around the world, a lot of travellers arrive at the same time and take individual taxis or Uber to get to similar places. In big cities, such as London, travellers are increasingly turning away from public transports to rely more and more on taxis to get to the airports.
We all know the impact of car emissions on the environment and with the booming success (pre-Covid) of ride-share services such as Uber and Lyft, there might be an opportunity that would benefit both the travellers and the environment. 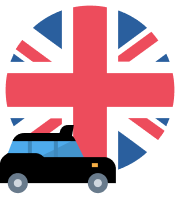 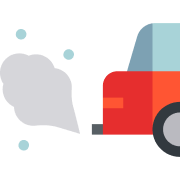 A one-way car ride to the airport emits on average 2.4kg CO2/km.

The brief for this project actually already included the solution, which was to add a carpool feature to the Skyscanner app. Starting from this user need already identified, I explored how to design this new feature so it would answer the users’ need while ensuring it aligns with Skyscanner’s new mission to “lead the global transformation to modern and sustainable travel”.

To explore this user need, I conducted a competitive analysis to understand current habits of requesting a ride share. I also conducted 6 user interviews to understand the timeline in which they think of booking their way of transportation from the airport to their destination. The below HMW question encapsulates both the user's ultimate benefit of the new feature and Skyscanner's mission mentioned above.

I combined the design of Skyscanner with the functionalities of Uber Pool. This so that users understand they are still in the Skyscanner app and are not being redirected to the Uber app. This confusion would be problematic as the user might not have the Uber app installed/set up on their phone, or they might have connectivity problems which would require the whole process to have as little steps as possible. Below are all the options the user can have during their happy path—for this path to happen, I have made some assumptions of the user's behaviour which I have laid out.